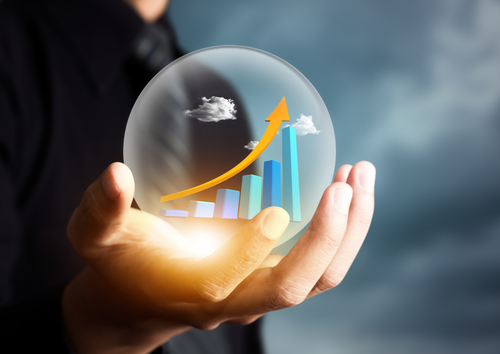 Talking heads gonna talk. We are definitely, 100% not headed for recession. Oh, and we are for certain, without a doubt barreling headlong into a recession. Which answer you get depends largely on which channel you turn to or which podcast you listen to.

Who’s right? Does anyone have a clear crystal ball? The short answer is “no.” Everyone tries to predict the future, and at least half of them reliably look like an idiot this time next year.

Signs We Are Headed For Recession

Some experts insist that “recession” has an official, concrete definition — two consecutive quarters of GDP contraction. The economy contracted in Q1 and Q2 of this year, so by that definition, a recession technically already happened.

As we have discussed many times (including last week), inflation is higher than it has been in many decades. If this keeps going, Americans can expect to have to tighten their belts and buy less stuff, slowing down the economy. The Fed is fighting inflation with higher interest rates … but ironically that could cause a recession too by suppressing demand.

Signs We Aren’t Headed For Recession

While the economy contracted in Q1 and Q2, GDP grew in Q3. So if we’re adhering to the strict definition of “recession” from above, technically the recession already came and went.

Corporate profits grew 6.2% in Q1 and another 2.6% in Q2. Q3 earnings have been a mixed bag, but we’re still in positive territory.

What Does It All Mean … And What Should You Do?

No two recessions are alike, and hindsight is always 20/20. We could be heading into a recession; or we could be headed for recovery. A year from now, half of the talking heads are going to look pretty stupid.

If you’re wondering what to do to grow your wealth in such uncertain times, the best strategy is to target real estate in strong markets. Real estate enjoys the benefit of being highly localized. Strong local economies tend to grow even when the US economy struggles as a whole.

Don’t believe me? Cities that grew during the Great Recession included Oklahoma City, Austin, San Antonio, Houston, Seattle, Charlotte, Raleigh, San Jose, and Salt Lake City. If you were invested heavily in those cities’ housing markets back in 2006, you would have probably come out of the Great Recession nearly unscathed.

So which housing markets are going to do fine in the next recession, when and if it ever materializes? MartelTurnkey has crunched the data and identified our winners … and we’re putting our money where our mouth is, buying up property there like it’s going out of style.

If you want to continue growing your wealth, recession or no, reach out to us today to find out where we’re investing … and how you can get in on the action with us!

If you like this article you may be interested in the article on how inflation is impacting your purchasing power. 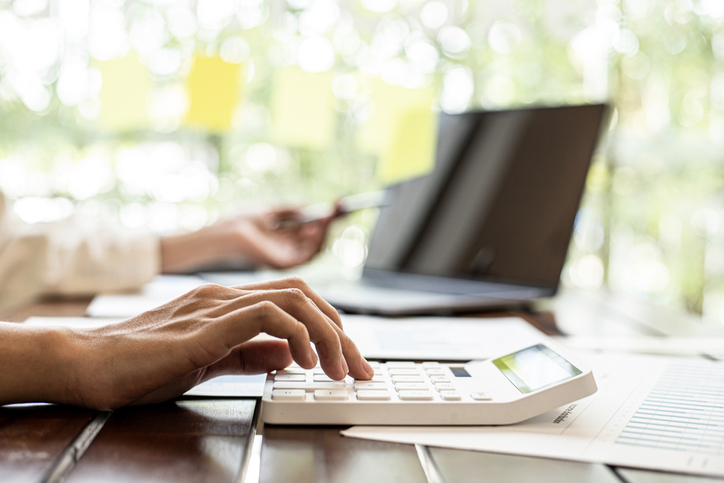 Many people make big mistakes when they try to determine the cash flow potential of a rental property. Basically, they think that if the market rent for the house is higher than the mortgage, they’re in the money.

It’s not that easy. If it were, anybody could do it. Lots of houses can be purchased with a mortgage payment lower than the market rent.

But as any homeowner can tell you, the expenses don’t stop at the mortgage. If you want positive cash flow for your rental property, your rental collection needs to cover all expenses.

Here’s a cheat sheet of expenses to make sure to account for when doing your cash flow analysis for a prospective rental property:

First and foremost, you need to know your monthly mortgage payment. This is usually where people start, but the expense rabbit hole goes much deeper.

Property taxes to the county are mandatory; otherwise, the county can foreclose on your property, just like your lender. Property taxes are usually due once or twice a year, but your lender may require you to pay monthly into an “escrow” account to make sure there are funds available to pay those property taxes.

Property insurance is usually required by a lender so a fire doesn’t destroy the collateral — at least not without an insurance policy to claim against it.

If the property is in a FEMA-designated flood-risk zone, the lender may require flood insurance, as certain flood damage is not covered by homeowner’s insurance.

Landlords may also want to consider liability insurance, which will protect them in the event of a lawsuit filed by a tenant. The lender may require payments into the escrow fund to cover insurance as well.

Property taxes may not be the only assessment against your property. Condo association or homeowner’s association fees are common offenders. Yes, your HOA can foreclose on you if you don’t pay your HOA fees! The lender may require you to fund HOA fees in your escrow account too — they really don’t want someone else foreclosing your property before they can.

As the landlord, you are sometimes responsible for some utilities, like water, electricity, or gas. You may be able to bill these back to the tenant for extra income.

Maintenance of the property falls to the owner, not the tenant. Maintenance emergencies can arise out of nowhere and be very costly in terms of contractor costs, handyman costs, and replacement of major appliances like a refrigerator or HVAC. Smart landlords don’t pocket every dollar of excess rent — they usually pay some or even most of it into a “maintenance fund” to cover any big expenses that may arise.

Professional services might include tax preparation and legal fees. Legal fees could include contract review, litigation costs, and eviction fees.

If you decide to hire a property manager to free yourself from operational responsibility for the property, you will usually need to pay that manager a percentage of the gross rents collected. Current rates are typically 8% -10% of the gross rents.

Few rental properties can maintain 100% occupancy at all times. With proper management you can get close, but it’s usually wise to factor in at least some vacancy expense — time when your property is vacant and not collecting any rent. Cities usually have a prevailing market vacancy rate which you can use to be conservative, but somewhere between 5% and 10% of the gross rent potential is standard.

If you calculate all relevant expenses and come out with a number that is less than the gross rent potential, congratulations! You have identified a property with strong potential for positive cash flow, all the while appreciating in value.

Having trouble estimating expenses? Martel Turnkey can help! We have extensive experience making accurate calculations of real estate expenses. Every property in our inventory includes detailed expense projections, which we can back up with evidence. Want to do cash flow analysis the easy way? Reach out to us — we’re glad to help! 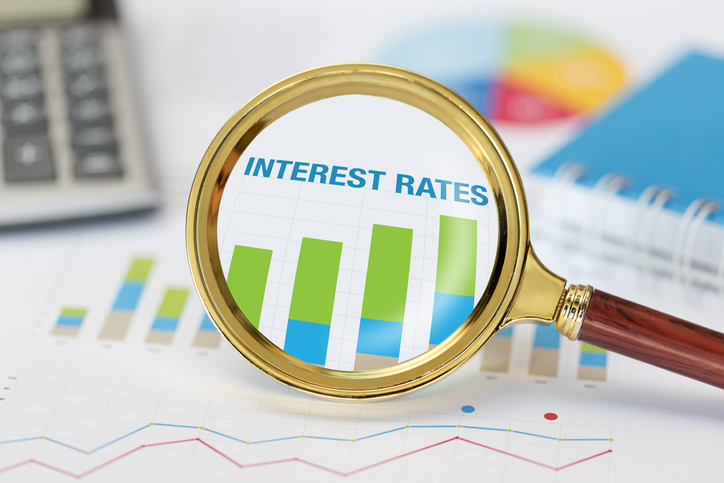 We’ve enjoyed bottom-of-the-barrel interest rates for years, but that may be about to change. The Federal Reserve raised its key interest rate by a quarter-point last month, and we expect that to be the first of at least three interest rate hikes to happen this year.

So is the party coming to an end? What will happen to the real estate market — for homeowners and investors — in an environment of rising interest rates?

What Happens When the Fed Raises Interest Rates?

First things first, the Fed doesn’t dictate what interest rate your bank can charge you for a mortgage. That’s not the interest rate they control.

What they do control is the Federal Funds Rate, the rate at which FDIC-insured banks are allowed to lend money to each other.

Does this affect the interest rates you pay on your mortgage, car loan, or credit card? It can, but it’s not guaranteed.

Why Does the Fed Raise Interest Rates?

The Fed may not directly control the interest rates banks pay, but by making it more expensive for them to lend, they are hoping that these interest rates trickle down to consumers in the form of higher interest rates on consumer loans, credit cards, and other loans.

Why? Why raise interest rates at all? Don’t we have enough to worry about in terms of rising costs? Are the Fed just committed to being killjoys and party poopers?

Raising the Federal Funds Rate is one of several tools the Fed uses to try and control the supply of money in the economy. If it’s more expensive to lend to each other, banks will likely flood the economy with less financing. If money becomes scarce, it will become more valuable — which means it acts as a counterweight to inflation.

Considering inflation has tipped the scales at nearly 8% over the past year, you can see why the Fed would want to take this kind of action. Paying a little more interest may not be fun, but compare that to the recent increases to the price of gas and food, costing the average household over $5,200 extra out of pocket compared to last year.

What Will Happen to the Real Estate Market Now?

So if our historically low interest rate market is coming to an end, what’s next for real estate markets?

Right now, mortgage bonds are being bought up en masse by the Fed, of all things. Since the pandemic, the Fed has bought over $40 billion worth of mortgage bonds per month in an effort to keep the housing market hot.

If you want to take advantage of historically low interest rates while they last, Martel Turnkey can help you act fast by putting the right investment property in front of you — rehabbed, rented, and ready to buy.  Lock in for now for 30 years and you will be glad you made this decision.