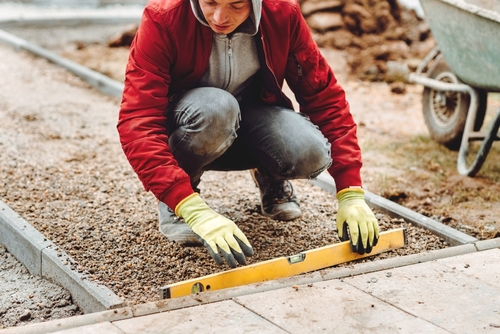 You see, every city has a “path of progress” — a zone where the city is intentionally targeting its economic development according to a “Master Plan.” Whether or not they succeed depends on the competence of the managers in charge … but if they do succeed, property in the path of progress will almost always appreciate rapidly. This goes for the commercial property as well as the condos and single-family homes nearby.

On the flip side, most cities have zones of decline — parts of the city neglected by economic development plans and left to stagnate. Real estate tends to flatline or even decline in value in these areas. You might reap some cash flow, but building wealth in these zones is an uphill battle.

If you want to build real estate wealth quickly, buy in the path of progress. So how do you identify this magical zone? Here are four tips to find the path of progress. If you live far away from the target city, all of these tips can be exercised through phone calls, online search, or on-the-ground foot soldiers.

The path of progress is paved with bulldozers and construction cranes. Economic development often involves the tearing down of old commercial structures and the building of new ones. This represents a significant economic investment, so the city and its developers won’t make that investment unless they expect a big payoff.

The city often offers cash incentives to build in the path of progress, so if you see a lot of construction in a particular neighborhood, you can deduce that the city is probably holding out a pretty big carrot to the developers. You can look up online or call for a list of construction permits and look for the same Zip Code to keep coming up. You may even be able to discover where in town the city is offering development grants. New malls, offices, apartment buildings, and condo developments are a great sign.

Starbucks, McDonalds, Target … national retail chains do extensive research into the path of progress before they open a new store. Following announced future openings for major chains is like cheating off their paper in a high school test — only it’s totally allowed and not at all unethical.

By contrast, if national retailers are leaving a neighborhood, it’s a bad sign. They have the name recognition; the only reason for the franchise to fail is economic decline.

The cycle of “gentrification” is pretty well-documented — artists move in for cheap rent, start hosting shows and popups, the neighborhood becomes “cool,” other people start wanting to live there, and the next thing you know — Whole Foods comes knocking. If there’s a “rough” part of town near the city center that has become a favorite haunt for “artsy” types, it might be time to buy before the neighborhood catches fire.

One of the best things about investing with Martel Turnkey is that we do the research for you. We have extensively researched the paths of progress in our target markets and buy assets primed to rise with the tide. These four tips give you the tools you need to check our work!