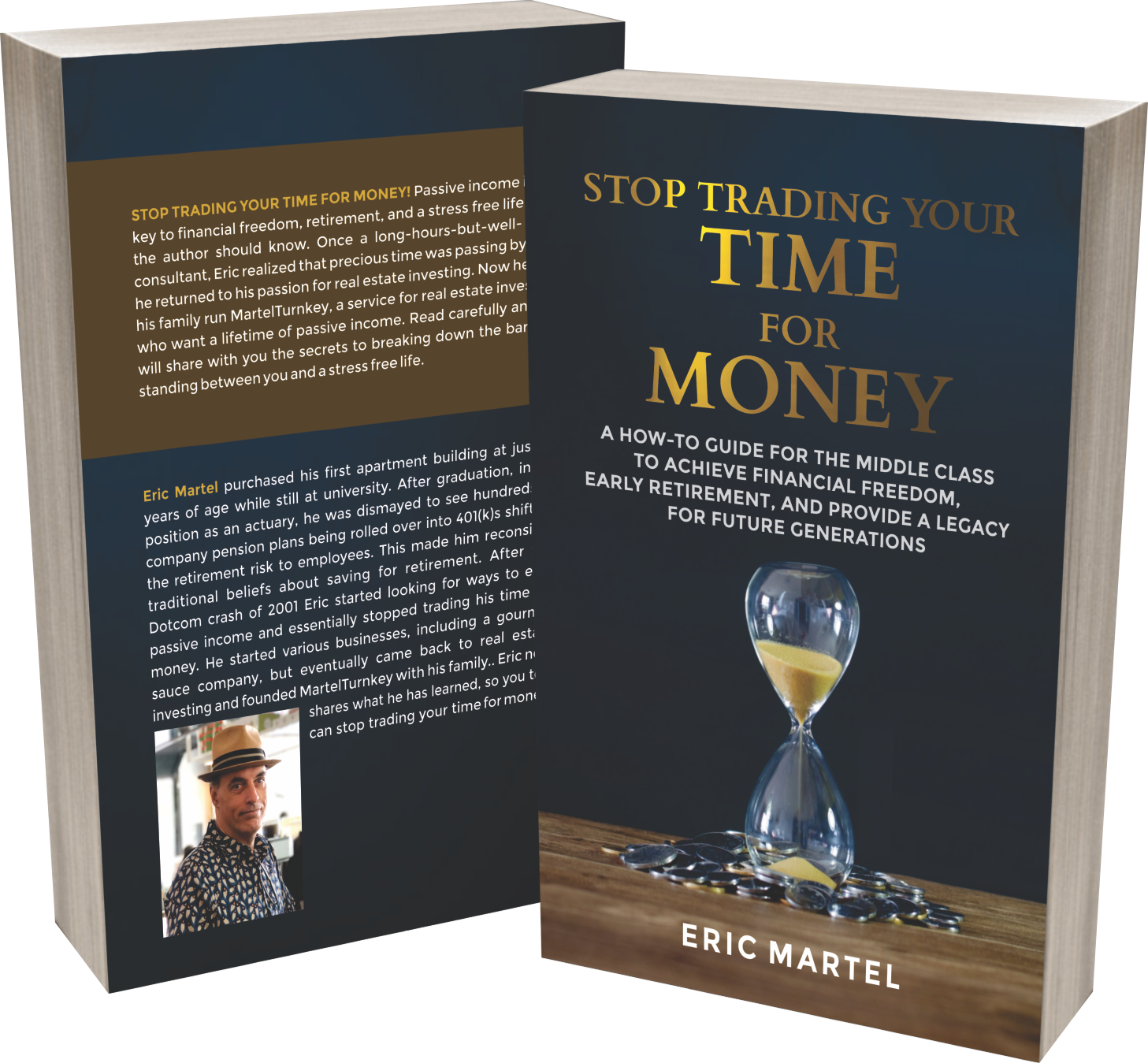 Eric Martel recently published his new book titled “Stop Trading Your Time for Money”. His book is a How-To guide for the middle-class to achieve financial freedom and leave a legacy for future generations. Eric believes that we are on the edge of a massive retirement crisis, that is not new, the movement to shift the retirement risk to then employees started decades ago. However the pandemic, the high unemployment, and the economic uncertainty will dramatically amplify its effects.

Get your copy on Amazon today.

Eric purchased his first apartment building at just 18 years of age while still at university. After graduation, in his position as an actuary, he was dismayed to see hundreds of company pension plans being rolled over into 401(k)s shifting the retirement risk to employees. This made him reconsider traditional beliefs about retirement saving. It also made him question his role as an actuary. A few years later he lost a fortune during the Dot com crash of 2001 and he started looking for ways to earn passive income and stop trading time for money. He eventually formed MartelTurnkey with his two sons. Now he wants to share what he’s learned with his book.