Celebration of Cleveland Women in History 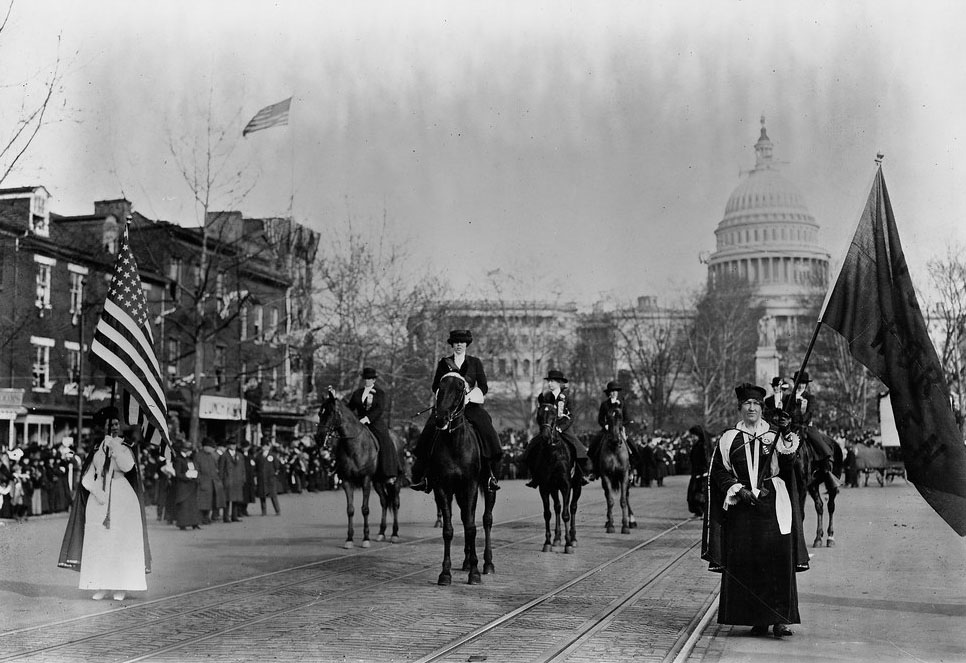 As a turnkey rental company, MartelTurnkey typically offers properties with returns on investment in the range of 12%, 15% or more. Our goal is to make sure our investors have access to beautifully renovated turnkey rental properties in Cleveland, Memphis and other cities where they can reap gains from positive cash flow and appreciation. In the process though, investors like you should also feel proud that you are an active participant in helping to make Cleveland neighborhoods better. You support us, and we support Cleveland by improving properties, one by one. As it happens, Cleveland has a long history of women who have strived to make Cleveland better, one by one. March is Women’s History Month and we celebrate the women who have helped to make Cleveland the great city it is today.

Dorothy Fuldheim was an acclaimed television broadcaster and news analyst who won numerous awards, including; United Press International Award for Editorial Excellence, the Overseas Press Club award, Woman of the Decade Award and the Israeli Freedom Award. She was the United States’ first anchorwoman as part of a news team. Beginning her career in 1924 as a news broadcaster at Cleveland’s Scripps-Howard WEWS broadcasting station, she went on to work for the Cleveland Press, where she interviewed such illustrious persons as Adolf Hitler, the Duke of Windsor, John, Robert and Ted Kennedy, Jimmy Hoffa, Helen Keller, Arthur Rubinstein, Winston Churchill and Albert Einstein. Her last interview was with Ronald Reagan, in 1984. Fuldheim was posthumously awarded an Ohio Historical Marker in 2003 for her contributions to journalism.

Darlene Owens was the first female pipefitter in Ohio, overcoming  barriers due to sexism and racism. Those in construction know that pipefitting is one of the most strenuous jobs in the business. After three and a half years of apprenticeship, Owens rose to become a journey-level tradeswoman. During her career, Owens actively fought for minority rights within her union. She became a role model for women and was regularly asked to speak at Cleveland high schools, where she informed young women about non-traditional career opportunities. She was elected and served as President of the Hard Hatted Women organization. Owens and several other women helped to build the BP America Building, which still stands today at 200 Public Square in Cleveland. It’s notable that she achieved all these things while being a single mother to three children.

Josephine Irwin lived the bulk of her life in the western suburbs of Cleveland. She first championed the suffragette movement in 1914, when she appeared in the Cleveland Leader newspaper as one of five horse-mounted escorts leading a suffragette parade of 7,000 down Euclid Avenue. She was active in the League of Women Voters and the Women’s Action Committee for Lasting Peace, the latter of which she served as Ohio State chair prior to World War II. After the war, Irwin became the first woman elected to the City Council of Fairview Park. In later years, she was active in the Women’s Equity Action League, Women’s Political Caucus, National Organization of Women and Common Cause. The National Organization of Women’s Cleveland chapter instituted the Josephine Irwin award, which they confer upon a woman who has achieved something momentous in the area of political justice for women. WomenSpace of Cleveland also has a Josephine Irwin award, given to a woman who has done something outstanding in the area of social justice for women.

Mary Beaumont (AKA Mother Mary of the Annunciation) came to live in Cleveland from France with four other women to form the Ursuline Nuns of Cleveland. Dedicated to the pursuit of education for women, she founded Ursuline College, the first charter school for women in Ohio. She and the other nuns established girls’ academies in Toledo, Tiffin and Youngstown. They taught the poorest of the poor in communities in and around Cleveland, as well as the upper classes and immigrants. Her motto, “Whatever you have, graciously share it with others,” has reverberated through communities and the halls of Ursuline College, which is still in operation today as one of the oldest higher education institutions in the U.S.

Minnie Player was a spokeswoman for minorities, the poor and for women throughout Ohio. Born in rural Alabama, she came to Cleveland and became leader of Cleveland’s Welfare Rights Organization. Player worked diligently to improve the welfare system in Cleveland and to help low-income families. Through her tireless efforts she created hunger centers, improved public assistance levels and organized clothing donations. Player’s work has been highly recognized with awards, including the Edith McIntosh Award presented by the Council of Economic Opportunities, the Outstanding Devotion Award presented by the Council of Negro Women, a Certificate of Appreciation presented by the International Kiwanis Club, and an Outstanding Service Award presented by former Governor Richard Celeste and the Ohio Senate.

Rubie McCullough was an advocate of education for all. She came to Cleveland as a public school teacher in 1945, working for the Phillis Wheatley Association. Later, she founded the Harvard Community Services Center, where she became Executive Director. McCullough was a passionate public speaker, taking every chance to convey the importance of education and the opportunities that it proffers. She heavily supported the Cleveland Public Library, the Cleveland Public School System, and Cuyahoga Community College. In her role on the Board of Trustees of Cuyahoga Community College District, she helped build the college into Ohio’s first and largest two-year institution. McCullough received numerous awards during her lifetime, including the Outstanding and Dedicated Service Award from  John F. Kennedy High School, Career Women of Achievement Award from the YWCA and the Ebony Rose Most Honored Woman Award.

This is a truncated list of a very long line of women in Cleveland history who have made strides in all areas of life; education, religion, politics, industry, social equality, the arts and much more. Make no mistake, Cleveland is still a vibrant hot bed of innovation, activism and women who are willing to dedicate their time and resources to ensuring that people everywhere have what they need–not only to live–but to thrive.

At MartelTurnkey, we are proud to play our part by improving properties, making neighborhoods more beautiful and ultimately helping Cleveland families have a higher quality of life. Although we are a value-added business and you are an investor looking to earn a profit, being part of something bigger is a wonderful feeling. Don’t you agree?