Cleveland Transforms Into an Even Better Investment Over the Past Year 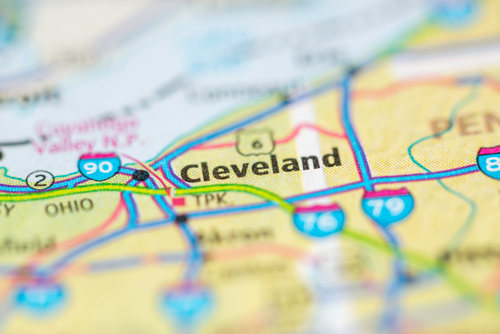 While the rest of the country in 2020 and 2021 has been dealing with COVID restrictions, civil unrest and business closings, Cleveland, Ohio has quietly been transforming into an even better real estate investment market. For the past several years, MartelTurnkey has recognized Cleveland for its attractive real estate investment opportunities. But even we are impressed with the positive developments we’ve seen in Cleveland, Ohio over the past 12 months. Let’s take a look at all the news that’s come out of this city on the southern banks of Lake Erie.

In January of 2021, the City of Cleveland announced the formation of an Innovation District. For those who haven’t yet heard this term, an “innovation district” is defined as a physically-demarcated section of a city dedicated to the interests of investment and collaborative workings. Innovation districts can consist of existing buildings and workspaces, new construction, outdoor spaces, lab workspaces and/or a mix of them all. In the case of Cleveland, Ohio, their newly announced Innovation District is planned in collaboration with Wright State University, corporate entities, Case Western University, three major hospitals , Cleveland State University and more. The goal of a project like this is to support startups, advance research, create new jobs and to boost further development within city boundaries.

Lorain County borders Cuyahoga County. It is considered part of the Cleveland-Elyria Metro Area. In December of 2020, online auto dealer Caravan announced plans to build out a $23 million facility on 124 acres at the old Spielberg Orchards location in Lorain. Updated reports indicate that the project could be nearly complete by the end of April 2021. Carvana plans to employ roughly 400 employees with a total estimated payroll of $13.3 million. While Lorain, Ohio isn’t within Cleveland city limits, this new facility is only half an hour’s drive southwest of Cleveland city center. It’s reasonable that a Cleveland resident could commute to the Caravana facility for work.

Even the United States Postal Service is getting in on the act in Cleveland. The USPS is actively seeking to fill 150 jobs in Cleveland and Akron. The starting wage is $17.29 per hour, with jobs available in the sorting and delivery departments. Candidates do not need a college degree; in fact, the USPS hires people as young as age 16 as long as the person has a high school diploma or GED.

During the [ongoing] pandemic, 6% of Linkedin members moved to Cleveland to work either remotely or in an office, according to a study by LinkedIn. Cleveland ranked 5th, below Jacksonville, FL, Sacramento, CA, Richmond, VA and Salt Lake City, UT.

MedPilot Thriving After Move to Cleveland

Co-founder Matt Shapiro says, “Where better to grow a health care technology company than Cleveland? I’m here to tell the story that it is possible to build a company, hire talented employees, raise funding, and, ultimately, successfully sell a company in our very own Cleveland, Ohio. One of the biggest decisions we made in the past five years was moving our company from New York City to Cleveland. Having our startup acquired is a significant win for our employees, customers, stakeholders, and the city of Cleveland.”

On the first of March, 2021, it was announced that Cleveland is where Adam Driver’s latest Netflix movie will be filmed. The movie is an adaptation of the novel, “White Noise,” by Don DeLillo. Filming in Cleveland is expected to go on for about seven months. Mike Wendt of the Greater Cleveland Film Commission says that the Ohio Film industry is hopeful that the project will kickstart the film industry needs. Location scouts have already been busy on reconnaissance trips to Hiram College campus and Hiram village in nearby Portage County. Film projects typically boost local economies in various ways; restaurant sales, catering, sales taxes, city permits and more. And, as per usual, there will likely be opportunities for amateur and professional local actors to play as extras and even possibly supporting roles.

Cleveland is set to receive a huge bundle of Federal stimulus money that surpasses the amount of any other city in Ohio. Cleveland is eligible to be the recipient of more than $541 million over the next two years. The government of Cleveland has no set plans for the money until Federal confirmation is received, but it’s likely that one use will be to shore up reserves that were spent during the height of the pandemic. Mayor Jackson’s spokeswoman Latoya Hunter says, “Like cities across the nation, Cleveland has been negatively impacted by the COVID-19 pandemic and we are confident this funding will help us continue to deliver the vital services and programs our residents and businesses need during this difficult time.”

Like other cities in MartelTurnkey’s portfolio of turnkey rentals for sale, Cleveland has become a sizzling real estate investment market. Not only are there plenty of opportunities for positive cash flowing turnkey rentals, but there is an abundance of well-paying jobs both now and in the future. Property values could rise accordingly, if historical patterns hold true. Now’s a great time to get in on the Cleveland real estate market. Make sure you sign up for our VIP Buyers List so you can see new listings before anyone else, and check our site regularly for newly available turnkey rentals in Cleveland and other areas.