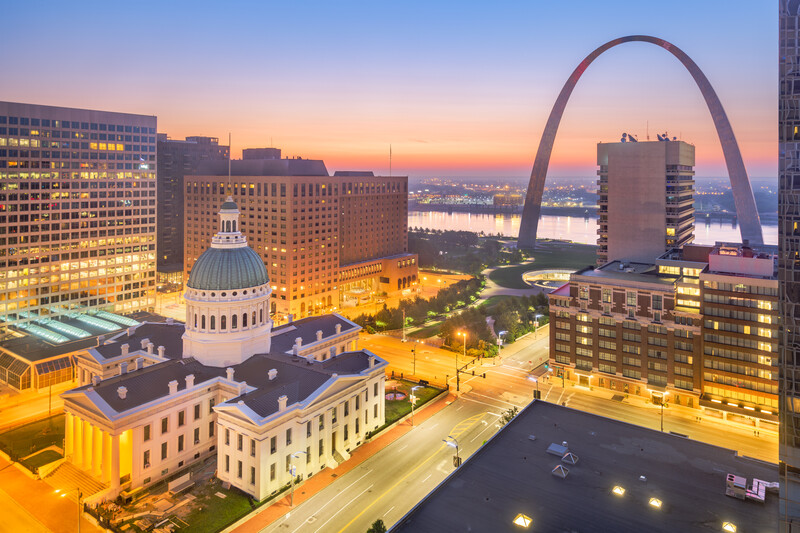 As the nation’s economy rebounds after the devastating effects of the COVID-19 pandemic, the city of St. Louis has scored a major economic development victory with the Edwin Project.  A $60 million real estate development project, it is expected to not only bring luxury housing and various new businesses to the downtown area, but also be a driving force in creating hundreds or potentially thousands of new jobs.

The Partnership That Made it Happen

When projects such as these get finalized, it is usually due to the forming of extensive partnerships, and the Edwin Project is no exception.  For this project to become reality, it took a partnership between not only the Pier Property Group and Fireside Financial, but also the City of St. Louis, Saint Louis University, and St. Louis Midtown Redevelopment Corporation.

Target as the Centerpiece

While the Edwin Project will feature 196 luxury apartments and many types of businesses, its centerpiece will be a 70,000 square-foot Target store.  The Minneapolis-based retailer, which plans to have its store open by July 2023, expects its store to attract thousands of people to the downtown area each day, which will of course help other nearby businesses such as restaurants, coffee shops, and other businesses.  Though the Edwin Project Target store is smaller than the average Target store that measures 130,000 square-feet, it will be a state-of-the-art example of the smaller-format store that Target has been moving toward in recent years.

During its construction and of course once it’s completed, the Edwin Project will be a true Midtown jobs bonanza.  Along with Target and the other smaller businesses that will be hiring St. Louis residents, many other jobs will be created in such areas as construction, building management, janitorial and housekeeping, parking lot maintenance and many others.  As a result, thousands of St. Louis residents will have even more steady jobs that offer excellent wages and benefits.

A Transformational Project Months in the Making

According to David Heimburger, President of the SLMRC Board of Directors, the Edwin Project is one of those transformational projects that comes to a city once every few generations.  In fact, the SLMRC has been envisioning and working on this type of project for the past five years.  Working hard to attract a nationally-known retailer such as Target, Heimburger explained that doing so demonstrates that the city of St. Louis is not only a place where people want to live and raise their families, but also a city that is open for business.

As to what ultimately made Target sign on as part of the Edwin Project, much of it had to do with two of the most important aspects of commercial real estate, those being location and parking.  Intrigued by the location for its store, Target and its executives were also pleased about the surface parking aspect of the project.  Since convenience in terms of parking is a critical factor in getting people to commercial districts and the businesses located there, this aspect of the Edwin Project was what many associated with the project believe turned the tide in their favor with Target.

With construction in its early stages, the Edwin Project is expected to be completed within 20 months.  If all goes well, the Target store will have a shell by January 2023, six months before it expects to open.  The 400-acre redevelopment project, which will be located in Midtown’s Steelcote Square District, will feature Target located at Grand Boulevard, between Gratiot and Papin Streets.

As cities today strive to emphasize diversity and inclusiveness, the Edwin Project is expected to do both for St. Louis.  According to St. Louis Development Corp. Executive Director Neal Richardson, the project will “advance inclusive growth in our region” and “create living-wage jobs that let people achieve upward economic mobility.”  In addition, the luxury apartments within the Edwin Project, expected to be some of the most sought-after in the city, will allow young professionals who want to live and work in the downtown area the chance to do so, while also offering luxury housing to retirees and others who enjoy the convenience of living downtown.

Opening the Door for Future Projects

As those who have been involved in the Edwin Project partnership look to the future, they strongly believe this project will lead to many others in the coming years.  Though similar projects may be smaller in scale, most agree that the Edwin Project is only the beginning for St. Louis and the Midtown area in terms of economic development.

Once the Edwin Project becomes a reality in 2023, the Midtown area and beyond will be bustling with new businesses and new residents eager to show everyone why the city of St. Louis is a great place to live, work and invest. Browse our turnkey rentals for sale to view available properties in St. Louis right now.

“I’ve had a very positive experience working with MartelTurnkey. With their help, I’ve bought two out of state properties and the process was smooth. Both homes are tenanted and performing well. It great to have experts who know a distant market well and who can locate good rental properties that cash flow.”