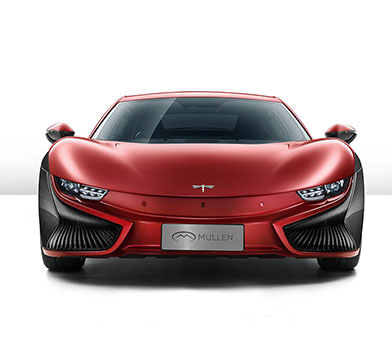 Memphis continues to make headlines as a base for innovation and technology-driven companies. Just this month, California-based car company Mullen Technologies applied for a contingency-based tax break with the Economic Development Growth Engine (EDGE) for Memphis & Shelby County. The application cites plans to make use of the previous, now vacant Nike plant located at 8400 Winchester Road in Memphis. The plan includes building out the facility, which consists of 817,000 square feet for an electric vehicle (EV) assembly plant. The application will be reviewed by EDGE as early as March 17th.

As Many as 700 New Jobs For Memphis

In the application, Mullen is committing to 434 new jobs for Memphis, but has plans to hire as many as 266 more as they increase output, bringing the total new job potential to 700. According to the application, the average annual salary for the committed 434 jobs would be $53,000. Details on specifically what kinds of jobs will be created aren’t available, but jobs in similar electric vehicle assembly plants include things like: EV Technician, Material Handler, Battery Test Technician, Production Assembler, Design Application Engineer and more. No doubt there will be a mix of entry-level and experienced workers needed at the new EV plant in Memphis.

Who is Mullen Technologies?

Mullen Technologies is relatively new to the EV game. They aren’t as old as Tesla, but then again, they’re very different than Tesla. Mullen Technologies is a licensed EV manufacturer with international distribution and several strategic partnerships. For instance, they own CarHub, an AI-style platform for car buying and selling. They’re also partnered with Qiantu Motor, which is a subsidiary of a leading automotive design and manufacturing company in China. Qiantu and Mullen partnered in 2018 to bring assembly and distribution to the U.S.. Qiantu has been in business since the early 2000’s. Its K50 model EV with a dragonfly logo debuted at the Shanghai Auto Show in 2015. Fast forward to today and one of Mullen Technologies’ signature EVs is the Dragonfly K50. The dragonfly is intended to mean that the vehicle will be light and as quiet as a dragonfly. Mullen Technologies also plans on assembling another EV, an all-wheel drive SUV called the Mullen MX 05. Pre-orders for this model and the Dragonfly K50 sports car are already being accepted with leasing and financing available. Motortrend magazine has already featured the Dragonfly K50 as a supercar.

The Future of EVs in the U.S.

The trend toward EVs has a momentum that doesn’t show any signs of slowing. Already, states and companies are passing legislation and making plans to support EVs over gasoline-fueled vehicles. A year ago in California, Governor Newsom banned the sale of new gas-powered vehicles by the year 2035. Just this month, the city of Petaluma has banned the creation, expansion, reconstruction and relocation of gas stations. While they are the first, many other cities are likely to follow in their treads.

According to estimates by the Edison Electric Institute, over 18 million EVs will be on the road less than 10 years from now.  Other experts predict a five-fold growth surge that may reach upwards of 7 million EV sales by 2025. In anticipation of a boom in EV sales, energy giants Duke and AEP, plus four other utilities are making plans for a network of fast-charging stations along major highway interchanges in the South, Midwest, Gulf and Central Plains regions. Currently, over 90% of U.S. states have some version of an EV charging infrastructure incentive plan already in place.

Changing the Face of Memphis

As noted, the tax break application has a contingency. The 15-year “Payment in Lieu of Taxes” (PILOT) tax break wouldn’t go into effect until Mullen successfully achieves a funding goal of $336 million, signs a 15-year lease and spends the first $15 million on property improvements.  But with plans to invest $362 million into the Memphis project, it’s a certainty that if this becomes a reality, Mullen Technologies will change the economic landscape of Memphis as well as the physical landscape.

This is an optimal time to invest in Memphis with turnkey rentals. Property values may continue to rise and you could realize profits and appreciation faster than ever before. Get in now. If you’d like to see our available properties as soon as possible, sign up for our VIP Buyers Mailing List.