Exciting Changes Coming to Detroit in 2022 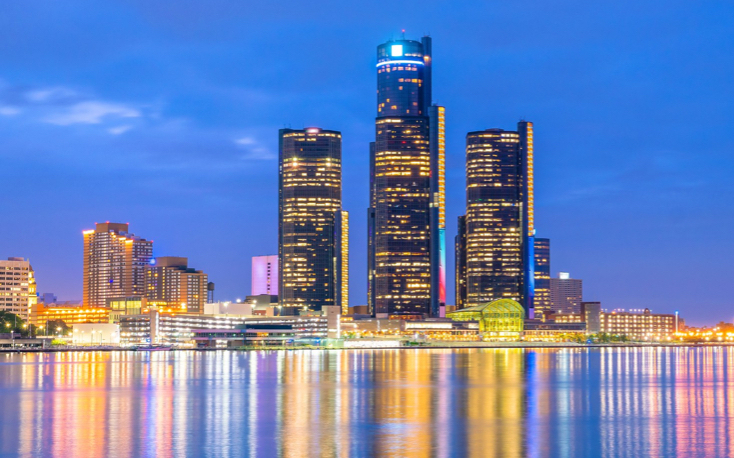 Detroit’s pipeline of construction and development projects are set to come to fruition in 2022. It’s now a bustling, active city with multi-faceted plans to make the city more attractive to both tourists and new and incoming residents.  Aside from the fact that Detroit and surrounding areas are landlord-friendly, these new improvements to Detroit’s landscape make it even more important to consider buying your new Detroit turnkey rental as soon as possible!

Joe Louis is an important historical figure in Detroit. For those who somehow don’t recognize the name, Joe Louis was a professional heavyweight boxer with the moniker, “the Brown Bomber.” He’s also frequently referred to as “the Mighty Joe Louis.” Born to sharecroppers, he scrapped his way to the top of the boxing world. In 69 professional boxing matches, he had only three losses. He’s known as the one of the greatest boxers of all time, according to both experts and boxing aficionados.

In 2022, the official Joe Louis Greenway will have three key pieces finished and open to the public. The entire Greenway will consist of a 27.5 mile hiking and biking loop around metro Detroit. It will begin at the Detroit Riverfront and pass through Highland Park, Hamtramck and Dearborn. The total cost of the Joe Louis Greenway will be upwards of $210 million. The entirety of the Greenway is expected to be finished in 2024, but a significant percentage of it will be accessible in 2022, which will no doubt bring lots of joy and a higher quality of life to Detroit residents and visitors. You can get more details and see the timeline online.

At 15th Street and Grand Avenue stands a 100-year-old building that was long-used as an artists’ colony. The 25,000 square feet building was purchased by Allied Media Projects, and will be open for “business” in 2022. The structure will include space for Detroit non-profits, and include a deli/cafe, a large multi-purpose community space, a pocket garden and an amphitheater. The price tag on renovating the Love Building is in the range of $12.8 million. Expect big things in this space as early as July 2022.

The former Michigan State Fairgrounds  encompasses 142 acres. In July of 2022, there will be a 4-million square feet Amazon distribution center, employing up to 1,200 workers. This is in addition the already-leased portion of those 142 acres that is leased to Amazon. The project is costing an estimated $400 million, not covered by tax incentives or any public funding.

With all of these organizations pumping money into Detroit development projects, it doesn’t take a genius to see that Detroit is worth the investment of your new turnkey rental. We have turnkey rentals available for purchase in Detroit and surrounding areas like Roseville, Harper Woods and Hazel Park.  We plan to have more to offer in the near future. We have carefully analyzed the Detroit rental property market and we’re confident that our investors can gain a lot from investing in this booming area. Contact us today to learn more.

“Great company, great people. Thank you to the Martels and the team for making my investment experience easy and successful. Excited for many more successful years of working together!”