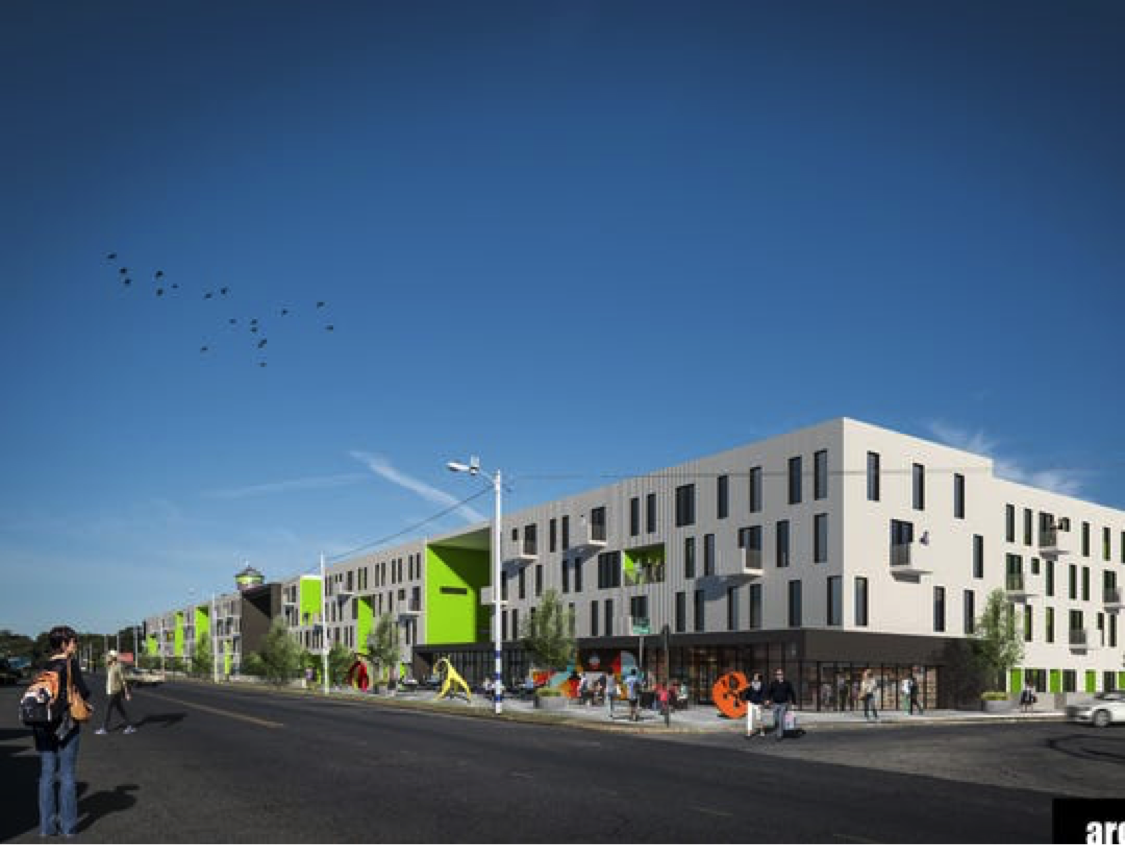 It was just over a year ago that developers put forward a proposal for a $50 million mixed-use development in the Memphis Broad Avenue Arts District. The site is perfectly situated near the district’s hundred-year-old storefronts and Water Tower Pavilion. In an area that was largely allowed to age after the golden years of Martin Luther King’s inspirational era, the partnership of developer James Maclin and Loeb Properties owner Bob Loeb stands to change the future landscape of Memphis.

The road has been long and hard to reinvigorate a commercial district that had previously fallen victim to vacancies and dilapidation. Interestingly, it wasn’t the promise of funding from outside sources that swayed the course of this area. It was instead the sheer force of desire from a grassroots crusade made up of nearby property owners, tenants and “New Urbanism” proponents. These determined citizens organized themselves to build and improve infrastructure in the area, such as protected bicycle lanes, sidewalk cafes, slowed traffic and street landscaping; a movement they called, “A New Face For an Old Broad.”

Indirectly, it was the passion and interest of the Memphis locals that attracted the attention of developer James Maclin and countless other business owners to invest tens of millions of dollars into the Binghamton area. The Memphis government is on board with the development plans and the project is going full steam ahead. The over 8.8-acre development site plans include a mixed-use building with approximately 400 apartments and 12,000 square feet of street level shops. Out of respect for the Memphis community, the iconic water tower anchors the project as “Water Tower Courtyard.”

This is the perfect time to invest in Memphis turnkey rentals. The city of Memphis is once again distinguishing itself as a thriving and growing metropolis that hasn’t yet reached its potential. As an investor, you want to get in on owning turnkey rental property now, while it’s still affordable. The special feature of Memphis as an investment opportunity is that its growth is not being forced upon it from outside forces.  Memphis’ strength comes from its own residents and local business owners. Memphis is growing organically, not as a planned or forced development from some company that will move on once it’s made its fortune; the growth that we’re seeing in Memphis is founded on a sincere desire from its own residents to infuse this historic city with life and bounty.

The $50 million mixed-use development is just one small example of the planned improvements that Memphis has experienced in the last decade or so. More improvements are in the works; every day the city is revitalizing every square inch of its footprint. A visit to this area of the city includes scenes of cranes and ongoing construction work. The resulting facelift will do much more than improve the looks of a forgotten block in Memphis; it deepens the roots of this vibrant community and ultimately strengthens the foundation of your Memphis turnkey rental investment.