Interest Rates Through the Years 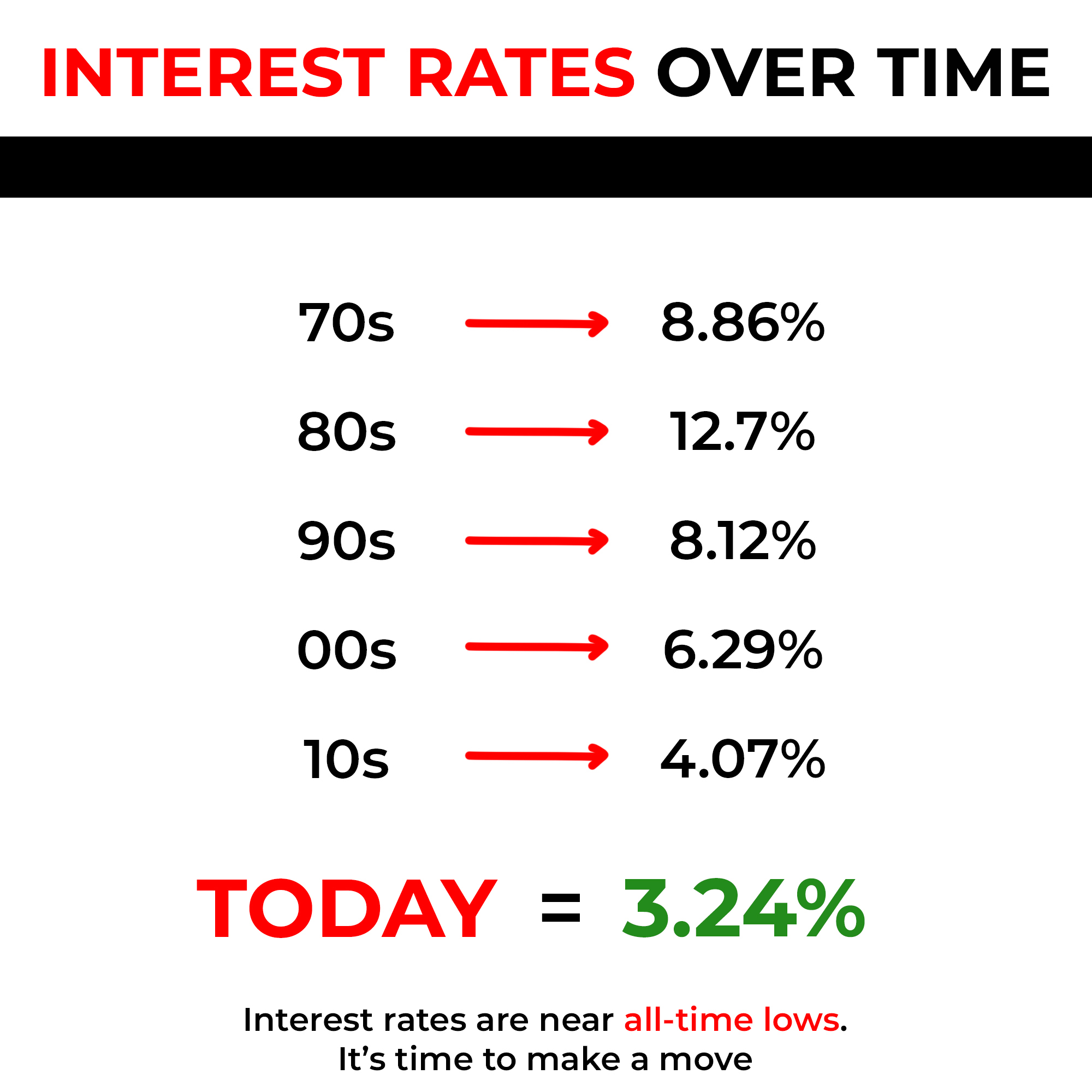 Throughout the last five decades, interest rates have bounced around more than a pinball in an arcade hall. Fluctuations in the market have opened the doors for alert opportunists to make a lot of money. Others who found themselves on the wrong side of the market have lost fortunes. This is nothing new. It’s the way our economy works. One month it’s down, the next it’s up. There’s only one thing you can be certain of when it comes to interest rates; whether they’re up or down, they’re sure to head in the opposite direction sooner or later. With mortgage interest rates historically low right now, you need to take action.

Looking Back at the 70’s

The decade of the 70s was marked by polyester, the breakup of the Beatles, the debut of “The Hustle” dance, and the opening day of Walt Disney World on October 1, 1971. While John Travolta was staying alive with Saturday Night Fever, interest rates for 30-year mortgages were hovering around 7.29 to nearly 9%. When inflation started skyrocketing, President Nixon imposed a 90-day freeze on wages and prices. The Federal Reserve also increased interest rates that led to an eventual high of 18.63% by the early 1980s. If you were an investor in the 70’s, by the end of the decade those high 7s and low 8s interest rates would have been a distant dream if you hadn’t acted fast.

Looking Back at the 80’s

The early 80s were marked by significant interest rate increases. Mortgage rates hit an all-time high of 18.45% in October of 1981. The Housing Affordability Index dropped to an all-time low of 62%, which meant that the typical American family had only 62% of the income necessary to qualify for a median-priced home. Home sales were heavily depressed. There was a 50% drop in home sales from 1978 to 1982, when only two million homes were sold. Not until 20 more years had passed did home sales get back to 1978 levels. For would-be investors, there was no economically viable way to get into real estate investing. The window of opportunity was closed and locked.

Looking Back at the 90’s

In the 90’s, interest rates returned to a tolerable level, with the overall average ending up being 8.12%. Investors who had been waiting with bated breath to make their move suddenly saw a chance to start doing what they’d been talking about doing for so long; buying property for investment purposes. Home values were dropping like a rock, which wasn’t great for sellers, but which offered opportunity to those ready to buy. Of course, the real estate bubble ended up being the “steepest rise and fall in U.S. home prices on record.” As is always the case, depending on your position, you could have made a fortune or lost your shirt.

Looking Back at the 00’s

In 2000 and beyond, we saw interest rates continue to drop to an average of 6.29%. Thousands of property owners refinanced, figuring that they’d never see these “Baby Boomer” interest rates again in their lifetime. A boom in housing construction flooded the market with inventory and perhaps also contributed to the subsequent Great Recession. Lenders were only happy to loosen lending restrictions through the diabolically ingenious subprime loan packaging strategies. Millions of borrowers defaulted on their loans and…well, you know what happened next.

Looking Back at the 10’s

Objects in your mirror may be closer than they appear. The decade of 2010 to 2019, which is right behind us, continued to bring us lower interest rates. Nearly inconceivably, the average interest rate went down all the way to 4.07%. If you hadn’t refinanced or purchased a property before then, hopefully, you made a move. Almost certainly, interest rates would start to head north again, especially with the election in 2016 of a new president who didn’t exactly win any popularity contests. In fact, in December of 2016, the Federal Reserve actually raised its key interest rate by a quarter of a percent, signifying newfound confidence in the U.S. economy. According to Janet Yellen, chairman of the Federal Reserve, “We expect the economy will continue to perform well.” The past decade was a great time to invest in real estate, and any investors made their move.

Today, interest rates are at an historical low. Investors with good credit are getting rates as low as 3.24%. Every financial guru is urging investors to strike while the iron is hot, which is now. There’s literally never been a better time to invest in real estate than right now since the last five decades and then some. You’re looking at setting a fixed rate of 3.24% on your mortgage loan for the next 30 years. You know that in five, ten or twenty years there’s no way the interest rates will remain this low.

So what are you waiting for? If coming up with a down payment is a factor, pool your money with another investor or get a side hustle that will earn you the little that it will take. Remember, all you need is one property to get on the real estate ladder. Once you’ve managed that first rung, you’ll be set to keep climbing until you can build real wealth. You’ve just read the facts about interest rates through the ages. How much longer can you afford to wait? The time to act is right now.