Is Cleveland, Ohio a New Boomtown? 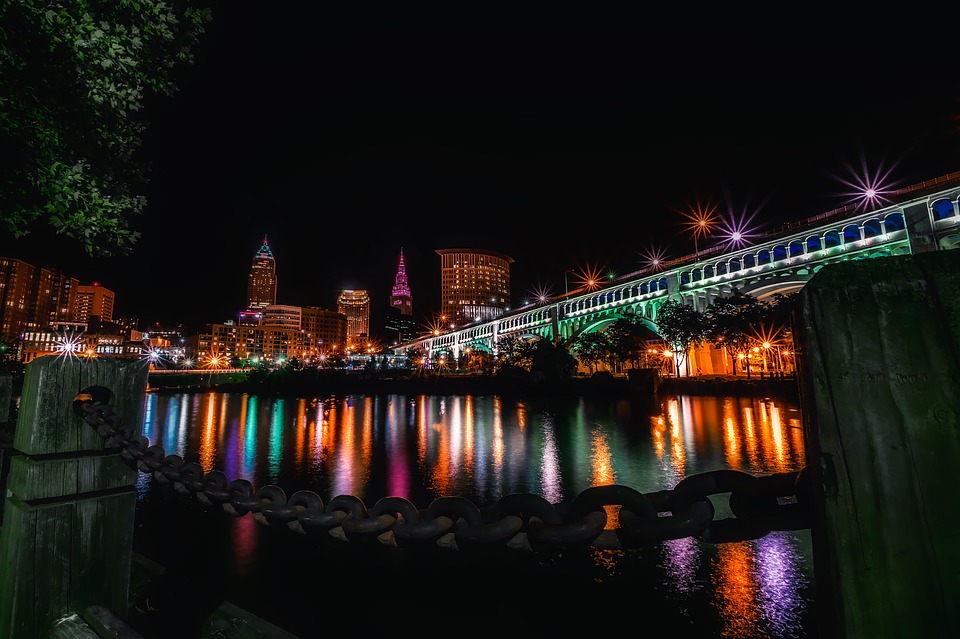 When MartelTurnkey began investing in Cleveland, Ohio years ago, we had identified the city as a good market using our standard criteria. We liked that the economy was diverse, the population growth rate was steady, and that there were plenty of jobs at major employers like Amazon and the Cleveland Clinic. As time has proven, our calculations were spot on. Our Cleveland properties have made us and our investors very happy. But not even we predicted the stunning growth of Cleveland that’s been occurring lately. Which makes us ask, is Cleveland, Ohio a new boomtown? Let’s take a look at the recent news coming out of Cleveland:

The Cleveland Foundation is a non-profit organization with a mission to provide community support in the form of educational opportunities, medical support, and safe housing and food for families in need. They help to revitalize neighborhoods, offer youth development and social services and strive to bring arts and culture to Cleveland, Ohio communities.

They recently purchased land in MidTown, where they are going to build a civic district and brand new headquarters for their operations. It’s scheduled to open in 2022. “We are excited about moving forward with this project,” states the Cleveland Foundation, “which aligns with ongoing efforts by many community partners to realize long-term, multi-generational social and economic development in the heart of MidTown.”

As of 2022, the Cleveland police force is relocating its headquarters to an 11-acre site in the Kinsman-Union neighborhood. The area, located near the “Opportunity Corridor” and East 75th Street, is about to see better days. Says City Councilwoman Phyllis Cleveland, “This is a catalytic chance to build something iconic and attractive in an area that’s seen very little investment over the decades. This tells developers, investors and residents that this place has potential. It’s a neighborhood with hope.”

NASA Glenn Research Center is located near Cleveland Hopkins International Airport. They design and develop technology that advance NASA’s space missions. This year, the U.S. Congress approved over $33 million to build an Aerospace Communications Facility at the NASA Glenn Research Center. The new facility brings together over 100 researchers beneath the same 54,000 square-foot roof. “It leads to more discovery. Problems get solved faster and new ideas can be tested out right away, says Joel Kearns, Director of Facilities, Test and Manufacturing at Glenn.” The estimated completion date is late 2021.

Cleveland Has Become a Hotspot For House Flipping

Being in the Rust Belt, Cleveland’s population growth rate will likely never be able to compete with the Sun Belt states. But when you factor in real estate investment potential, investors are flocking to Cleveland, away from the Sun Belt. From June to September 2019, house flippers in Cleveland were often able to, on average, double their money, according to TheCenterSquare.com. Of course, this attests to the historic rising value of properties in Cleveland, which is one of the reasons we’ve always loved investing in Cleveland to begin with!

Maple Heights is a Standout in Cleveland

If you’ve been paying attention, you’ve probably noticed that a majority of our Cleveland turnkey rentals are in Maple Heights. Maple Heights is a city with a population of just over 23,000. It began as an incorporated village, and still has that “village” feel to this day. Though it’s weathered some hardships in the past, Maple Heights is now a desirable, family-centric community defined by high quality neighborhoods, community engagement and abundant outdoor green space that is well-maintained by a proactive parks and recreation department. Although Maple Heights was impacted by the 2008 recession, it quickly rebounded, and home sales increased between 2014 and 2018. Prices increased by 18%.

The city is connected to other areas of Cleveland via a well-designed transportation web that includes routes for bicyclists, buses and motor vehicles. In fact, Maple Heights is just 20 minutes from downtown Cleveland.

Another factor that we consider when looking at markets to invest in is the local government. Here again, Maple Heights is solid. It just welcomed a new Economic Development Director, Patrick Grogan-Myers. After successfully growing Maple Heights nearly single-handedly since 2016, female mayor Annette Blackwell now has a dedicated staff member to oversee future Maple Heights development. There’s already an ambitious plan in place; the next step is implementation. Says Mr. Grogan-Meyers, “I am excited to join the exceptional team at Maple Heights. The City is full of opportunities for new development and economic growth and I look forward to helping make those opportunities a reality.”

In our opinion, Cleveland ticks all the boxes for being a new boomtown. That’s why we plan on continuing to invest in Cleveland and Maple Heights in particular. Won’t you join us? We have some Cleveland turnkey rentals available for purchase right now, with many new ones coming through the pipeline. We look forward to working with you!