Myths vs. Reality of House Flipping 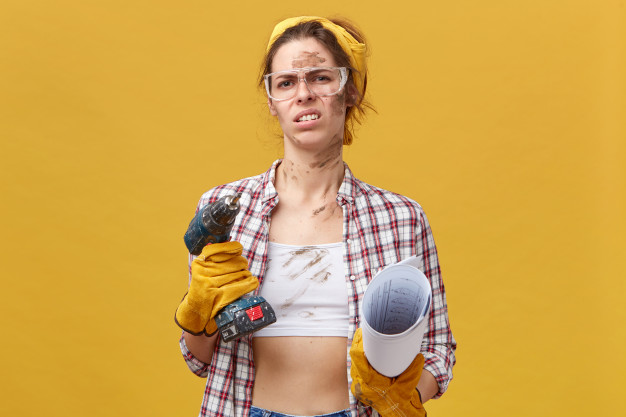 If you’re interested in turnkey rentals, chances are you’ve considered other kinds of real estate investing, too. Maybe you’re still kind of weighing your options among several ideas such as BRRRR, flipping houses or even a joint venture project. At MartelTurnkey we want our investors to be as informed as possible about all types of real estate investing opportunities. That’s why this week we wanted to highlight some myths and realities about house flipping. There is still a big glamorous light being shone on house flipping; sometimes by “reality” shows and sometimes by ambitious investors you might encounter at Meetups. But before you go this route, let’s really dig in and see what it’s like to flip a house.

Finding a House to Flip

If you listen to some other “wannabe” investors, flippable houses are a dime a dozen. They’re on every street just waiting to be spiffed up so you can make a small fortune. Well, that part is not a myth. There are deals out there in the country to be had. But. as is so often the case, there’s usually a hitch. Here’s the real deal:

Most often, you won’t be able to find a property in your own area to flip. Remember, any property you hope to flip needs to meet some important criteria before you can expect to turn a profit. For one, you need to make your profit in the purchase price. For most people, finding a house with the right price tag is impossible where they live. That means looking out of state. And that’s where so many complications creep in.

Every day on calls we get at MartelTurnkey, buyers say that their original idea was to flip houses. But they usually have a full-time job or kids in school and they can’t get away long enough to do the rehab. They can’t buy a property in the state where they currently live because the home values are too high. And their company doesn’t offer a one- year sabbatical for them to travel and do the rehab, so house flipping becomes out of the question.

But let’s say you do live in a place where home properties are affordable and you’re certain you can flip houses for profit in your city. Good for you! Just prepare yourself for long hours staring at your computer screen trying to make sense of all the prices and trying to analyze deals. That in itself is a full-time job, which is why we have a dedicated team member doing that for MartelTurnkey. Okay, so now you think you’ve found the perfect house to flip. Time to get busy!

If you think you’re going to look like Christina Anstead while you mosey in and rehab a property with style and grace, guess again. More likely you’re going to be covered in odorous grime, your clothes are going to be ruined, you’re going to get hot and sweaty and you might even injure yourself from flying glass, swinging a sledgehammer or banging your head on something that wasn’t supposed to be there. It won’t be pretty, we promise. Can you do a rehab? Are you capable? Probably. Well, maybe. It all depends on your experience, strength and stamina. It also depends on your tolerance for surprise run-ins with rodents, bats, racoons, insects (flying ants, anyone?) and maybe even snakes.  It’s all part of the picture with rehabs. Some people are up to the task. Others learn the hard way, after they’ve parted with their hard-earned money. Even some tough guys have a hard time of it.

We met a guy during our recent trip to Memphis who had traveled all the way from his home in Chicago to do his own rehab. He told us the project was taking a lot longer than he’d anticipated. Plus, his equipment and supplies were actually stolen three times because his house was a target; partially because it looked vacant and it was taking so long to complete the project. Despite having installed a video security system, the furnace was stolen out of the house along with his tools and equipment – stolen right from where they were lying in the driveway. In the end he ended up hiring a crew and paying them extraordinary amounts of cash just so he could get his project wrapped up quickly and efficiently. Also during that time, he’d been basically living in squalor inside the house while it was under construction, so the situation wasn’t ideal.

Now, this is a phrase that often gets glossed over in those reality shows. Yet, unforeseen conditions happen so often that most professionals actually budget for them in advance, just in case. What’s an unforeseen condition? It’s black mold behind the wallboard that means you need to tear down to the studs. It’s an archaic town ordinance that means you aren’t allowed to change the front of the house from that hideous “historic” lime green color. It’s the discovery of the foundation that isn’t just sloping; it’s actually slowly sinking into the limestone beneath the house. Ultimately, unforeseen conditions will cost you a bundle. If you don’t have the bundle to spend, the house will sit in limbo, costing you money. If you do have the bundle, you’ll still have to find a magical way to make your budget work so you can turn that profit. And after that, you have to hope and pray to the real estate gods that the right buyer will come along soon.

The thing is, there’s nothing simple or glamorous about flipping houses. Either they’re out of state and you somehow have to find the time and money to be away from home and family for extended periods of time, or they just end up being too big a project to handle. Don’t get us wrong, though. Plenty of people make money flipping houses. That’s not a myth. But what they sacrifice and go through in the process isn’t something that most people are up for. And it’s not advertised because it isn’t pretty.

So here’s something to consider. You can spend the next few months looking for a house to flip, then spend the next year trying to rehab it, and then hope that it sells. Or, you can sit at home in your comfy pants with the elastic waistband and casually browse through our available turnkey rentals on our website. In the time it takes someone else to expend all their energy, blood, sweat and tears on a DIY flip, you could already have collected a year’s worth of cash flow and be looking forward to a steady stream of passive income for the rest of your life. Which one sounds better to you?