Profile on Eric Martel of MartelTurnkey 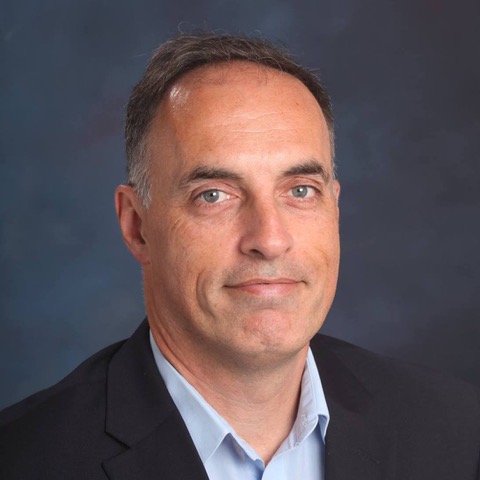 Eric Martel is a real estate investor and entrepreneur. He founded the turnkey rental company, MartelTurnkey, along with his two sons, Antoine and Etienne, in 2017. To date, MartelTurnkey has bought and sold over $11 million worth of real estate. From the outside, MartelTurnkey seems like an overnight success story. On the contrary, the actual story of MartelTurnkey began decades ago in a very small town on the outskirts of Quebec, where Eric Martel lived his childhood.

Young Eric Martel grew up in a relatively austere environment in a town called Alma North of Quebec city. His hard-working parents did everything they could to provide Eric and his sister with all they needed, and they succeeded. There was plenty of love, stability and support. However, his parents’ livelihood was paycheck to paycheck and there was rarely any money left over for savings. Like many children who want what their parents don’t have, Eric grew a fascination with business and finance. He was interested in how money was made, how the economy worked and ultimately, how he could someday become wealthy. As a teen on a “fixed income” amounting to a $10 monthly allowance, his work was cut out for him!

Resources that Eric had going for him was a fertile imagination and a hard work ethic. At school, Eric found plenty of support for his creativity. When he approached his teachers with some of his ideas, he was amazed to see that his teachers took him seriously and helped him bring projects to fruition. For instance, in the 4thgrade, he read a particularly interesting book and asked his teacher if they could make a play out of it. A few months later the class performed the play. He started several social clubs at school, including an investment club and a chemistry club. After school and between classes, Eric and a few other students were permitted to use school premises and equipment to do their own chemistry experiments and study investing. Eric quickly learned how his ideas could become tangible, actionable realities.

In high school, Eric got his first taste of how to use money to make money. He visited flea markets and bought stamps and coins to bring back to school and sell at a profit to the stamp and coin collecting club. That provided a welcome—yet modest—supplement to his allowance.

When the time came for Eric to attend university, he gravitated toward mathematics and finances with a major in actuarial science. He wanted to learn even more about making money and using knowledge about money to build wealth. He found that he had a natural understanding for mathematics and his grades reflected his intellect.

Through a friend of a friend, Eric met an experienced real estate investor who had already built a 36-unit apartment building from the ground up. Eric was particularly impressed with this investor because he was a teacher with a modest salary at a community college and he was able to build this apartment building. As Eric spent more time talking to this person, he started seeing how real estate could be a path to wealth. The investor became a very good mentor and over time he encouraged Eric to find a deal for himself. With barely $100 in the bank, Eric knew he would have to do one of the “no money down” deals that were so often advertised at that time. He met with a real estate agent who helped Eric pore over the MLS, which at that time existed in printed sheets of paper in binders. After discounting about ten possibilities, Eric realized the real estate agent wasn’t so much helping as hoping to show Eric that what he wanted wasn’t possible. Of course, “can’t” wasn’t a word that Eric used, so he asked to borrow the binders for a few days. He found several that could potentially work, and brought them to his mentor. His mentor advised Eric to look for ones that could be seller financed.

Eric made cold calls to the sellers and found only one seller who was willing to do seller financing. It was for an 8-unit apartment building near Montreal. The deal was in motion. Next, Eric had to arrange for primary financing. Still being advised by his mentor, Eric went to banks seeking a loan. Every bank turned him down, but when he went to a credit union, he got a resounding “maybe.” Eric says, “I clearly remember paying the $75 application fee when I only had $100 in the bank. It was nerve wracking.” The “maybe” eventually turned into a “yes,” and he was now the proud owner of an apartment building while still a student in college.

Looking back, Eric says, “One mistake I did make is to not hire a property manager for the building. I was over there all the time either knocking on doors collecting rent or fixing things. And I’m not a great handyman by any means. It was a real challenge, and I have to say, doing everything myself kind of soured me on being a landlord.” But what Eric did like was being in real estate. He had caught the real estate bug.

When Eric graduated, he took up a position as an actuary in Toronto and earned a handsome salary. He enjoyed the work, but didn’t always like the projects. At one point near the end of his tenure there he was assigned to a project where he was closing defined benefit pension plans which he knew was ultimately hurting those employees. It didn’t feel right to him. That was when he started second guessing his job. Meanwhile, one day he got a cold call from someone interested in buying the apartment building. Since it had turned into such a big chore and the price was right, Eric sold the property.

Shortly after, he met and married Lynn, his now wife. They bought a house in Toronto at a crazy high interest rate of 17% and house-hacked by renting out the basement to a young couple. At first it worked out well, but the second year the man lost his job and they stopped paying rent altogether. It ended in an eviction process, which was not pleasant. They decided that house hacking wasn’t something they wanted to repeat.

They had two sons while living in that house in Toronto, Antoine and Etienne, and more change was on the horizon. Eric had traveled often for training purposes and work to his company’s offices in Foster City in California and he had loved the climate and the whole atmosphere of the area. He requested a transfer and the entire family moved to the sunny climes of California in 2000, just in time for the market crash. Says Eric, “Before the dot.com bubble of 2001, I had all these stock options I’d received from the company I worked for. I wanted to invest in something else and diversify. I was new to the states, I didn’t have a CPA I could trust yet, and I was following the advice of my financial advisor and basically just reinvested into more stock. I didn’t have the knowledge that I have today.”

Eric continued to work and save money working for the company, though. With his accumulating stock options, he and Lynne started looking at other investments, including rental properties in the Bay Area. Real estate agents told them that there were no cash flowing rentals in the Bay Area, and that they’d be better off looking in Fresno or Bakersfield. They discounted that option because Eric knew from experience he wouldn’t want to drive there all the time to do maintenance. He knew he could have property management in place, but he felt he still needed to be close in case there was a major difficulty. In the end, they decided not to invest in real estate and to just buy a family house for themselves. Eric and his wife were able to buy a nice home in San Mateo. He now had it all – the wife, the sons, the house, the car and even the dog. The American Dream come true.

The years passed and by now Eric had started working for himself as a consultant. Because of his reputation and excellent skills he was in high demand. His work took him away from home for weeks at a time and he often only saw his family on weekends. He was saving a nice bit of money, but at the same time, he knew if he wasn’t working, he wasn’t earning. He started thinking more in terms of creating passive income.

His two sons were older now. At 18, Antoine was in college and Etienne wasn’t too far behind. Both had exhibited signs of entrepreneurship. Antoine in particular had already started a few little companies and even had products manufactured in China for sale online and in his school.

For Eric, real estate investing was still on the back burner, although his younger son Etienne had already started studying real estate at the College of San Mateo. One night Etienne and Eric were watching late night TV and a commercial came on for a local real estate seminar. Etienne wanted to go and asked his dad to go with him. They decided to attend the free event and encouraged Antoine to come along, too. The event was very informative and it ignited the fire of possibilities in each of them. Eric recognized that this could be a path to earning some money that wasn’t directly tied to his working hours. Currently, if he wasn’t away doing consulting work, he wasn’t earning income. Through investing in real estate, he could cut back on his consulting hours. The bonus was that he would get to work with his two sons on something they could all enjoy and benefit from.

After attending a few more paid events where they all really learned the ins and outs of real estate investing, they decided to look for flipping opportunities but it was too competitive in the Bay Area. They looked at doing commercial, but ultimately the deal fell through. They eventually realized that it was too cost-prohibitive in the Bay Area to find cash flowing investment properties, so they began to look further out of state. After a lot of time and research, Memphis stood out as a viable area in which to invest. Their first property was a Memphis single-family home rental, which they still own.

As friends and family heard of their success, they asked Eric and sons to help them invest in real estate, too. That’s when Eric knew he had something of great value that could help others earn passive income and break away from the rat race. MartelTurnkey was officially founded a short time later, and it’s now one of the leading turnkey providers specializing in Memphis and Cleveland turnkey properties. In its short time in existence, MartelTurnkey has bought and sold over $11 million in properties in five markets. For Eric Martel, this is a happy outcome to a long journey. Not quite an overnight success, but a lasting success. He has built a family legacy for his sons and heirs that will last for generations and generations. Not bad for a little boy with a big dream in Quebec.