Proof That Stocks Are Not The Best Investment 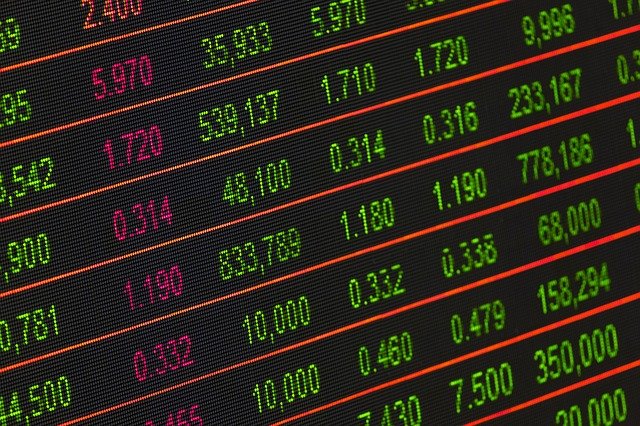 In a post last year, we listed several of the benefits of investing in real estate versus stocks. This year, we wanted to show you proof positive that stocks are not the best investment. We’ve listed several instances when stock prices fell on announcements, press releases or news articles that had little or nothing to do with the actual value of the company. For those of you who already invest in turnkey rentals, you know that the value of your real estate investment doesn’t go down based on whims and rumors. But the following is proof positive that stock values are tied to such incidents.

Stocks like Coca-Cola are so well-known and “reliable” that heavy-hitter investors like Warren Buffet often recommend buying them. But even Apple is not immune to the fluctuations that happen as a result of random events. Soccer fans may have seen the news conference where forward player Cristiano Ronaldo moved two Coco-Cola bottles from the podium stand in front of him. He then adamantly held up his water bottle and banged it down in front of him, saying, “Agua!” (If you haven’t seen the video, you can check it out here. It’s pretty awesome.) But to our point, Coca-Cola’s market value shares dropped a whopping $4 million almost instantly. Now, Cristiano doesn’t work for Coca-Cola. Coca-Cola is a sponsor of Euro 2020. That’s the only connection. It just goes to show how fickle the stock market game really is.

Jeff Bezos knows very well what happens to share prices when CEOs take a hike. That’s why, prior to his departure as CEO, he sold almost $5 billion worth of his Amazon shares. Smart guy. But we already knew that. Of course, $5 billion in shares is a drop in the bucket for Jeff. There’s probably plenty more where that came from. Just know that he is set to officially step down on July 5th, in case you have shares in Amazon.

Less well-known companies are just as susceptible to stock volatility. IRhythm, a digital healthcare company, lost its CEO in early June. President and CEO Mike Coyle made a surprise announcement that he was taking his leave due to personal reasons. While Coyle committed to helping to ensure a smooth transition to the new CEO, that did little to quell investors’ worries. Share prices fell 16%.  When a CEO who has only been at the helm for six months decides to leave for vague personal reasons, it does seem a little strange from the outside. But things happen. Life happens. Coyle probably had very good reasons for stepping down. It’s just that when life happens to a real estate company, the value of property doesn’t fall 16%.

Okay, Bitcoin isn’t technically a stock, but it’s sure behaving like one. On May 19th, Elon Musk announced that he was eschewing Bitcoin because of the environmental impact of Bitcoin mining. We don’t pretend to know exactly how Bitcoin consumes resources or how much is consumed during crypto-mining, but that doesn’t matter. The rest of the Bitcoin investors took notice and the value of Bitcoin plummeted. The other shoe dropped when China—Beijing, specifically—announced that the government would be cracking down on Bitcoin mining and trading. Ethereum and the tongue-in-cheek Dogecoin also took big hits in their values. As of May 19th, “Bitcoin plunged almost 30% to $31,000, wiping out more than $500 billion in value from the coin’s peak market value.”

Every financial expert will tell you that diversity is important in your financial portfolio and we agree. We just hope that your diversity isn’t all about stocks and no real estate. Real estate investments are reliable; real estate almost always goes up in value. We highly doubt that home prices will ever go down to levels they were at in the 1950s. In fact, we’d bet money on that. But we don’t like to gamble, which is why we aren’t crazy about stocks. It’s called “playing the stock market” for a reason. Nothing is guaranteed, but we like the odds that real estate investing offers a whole lot more than what stocks offer.