Reasons to Invest in Detroit 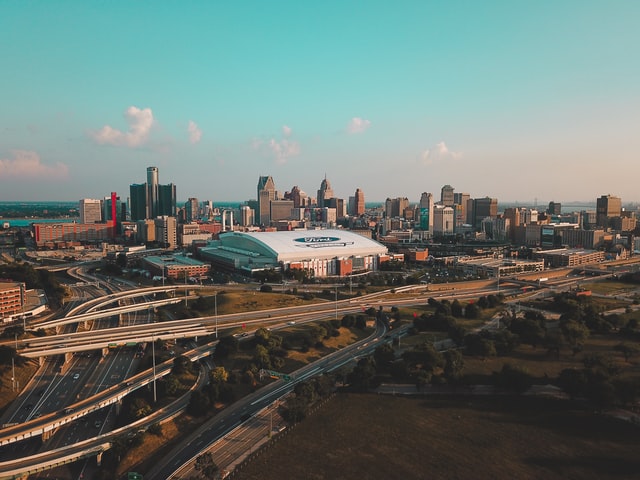 What do you think of when you think of Detroit? Henry Ford? The “motor city”? Detroit is well-known for a lot of things, but recently, we’ve noticed that Detroit has transformed into a serious opportunity zone for turnkey real estate. We’ve broken down many of the reasons why you should invest in Detroit.

Detroit Development in the Works

Detroit has been in urban renewal mode for several years now. Revitalization efforts have been ongoing and planned for the future in many neighborhoods throughout Detroit. Detroit’s mayor is focused on investing in locals—developing existing neighborhoods—rather than simply working on the most visible tourist areas. In fact, Detroit’s plans are so successful that they are now being used as a model for other cities.

Involved Residents Who Care About Community

Governments can spend all kinds of money and have thousands of hours of meetings, but in the end, it’s the community of residents who must put forth the effort to make a neighborhood really great. Detroit has that in spades. Consider the Cadillac Boulevard Block Club, which works with the Eastside Community Network to clean up parks, develop after-school programs for inner city kids and promote sustainable programs like community gardens. There’s nothing better than knowing that you’re investing in an area where the actual residents truly care about their home city.

The largest industry in Detroit is trade transportation and utilities; these employees make up 20% of the total workforce. In recent weeks, CEOs of major companies in Detroit have made statements committing to having a diverse workforce. What does that mean, exactly? Well, ideally, diversity should be an organic process, but sometimes it doesn’t work out like that. However, these CEOs are now fully committed to being true Equal Opportunity Employers, giving all qualified job candidates a fair chance.

The largest employers in Detroit are GM, Ford, Chrysler, Quicken Loans and Ally Bank. A quick search at online job board Indeed found over 71,000 job listings for Detroit. With so many options, your tenants are bound to find short-term jobs, long-term career opportunities and everything in-between!

Just kidding. Detroit can boast about a lot of things, but let’s be honest, weather really isn’t one of them. In winter, temperatures can drop well below zero Fahrenheit. Talk about brrrr! Of course, the warm season is long, lasting from May to September. Those months can be beautiful, balmy and breezy, thanks to Detroit’s location between Lake St. Clair and Lake Erie. Make no mistake, Detroit is a highly sought-after relocation destination for many, despite those cold winter temps! In fact, did you know that Detroit is the largest and most populated city in Michigan? There must be some good reasons for that!

If Fortune 500 corporations like Kellogg’s, Whirlpool, Walmart and Penske have their headquarters in Detroit (and they do), don’t you think they might know something important? Detroit is ideally situated; it’s a major port on the Detroit River, and according to sources, anchors the second-largest regional economy in the Midwest. You might only know Detroit as the center of the automotive industry in the U.S., but Detroit is also the number one exporting area in the U.S., and the Detroit Metropolitan Airport is considered one of the key airport hubs in the whole country. Who knew?

The average monthly rent in Detroit is $1,050. Of course, rental rates vary depending on several factors. But you’ll find that your Detroit turnkey rental gets a nice rental rate, providing you with positive cash flow that you can bank on.

Homes in Detroit have appreciated 48% in the last six years. Even if you’re not investing in turnkey rentals for the appreciation potential, you can’t ignore the fact that it’s good to see your investment properties grow in value. Whether you decide to sell in later years, refinance or give your heir the best inheritance gift ever, you can almost be guaranteed you’ll be able to reap substantial gains from the appreciation alone!

You don’t have to be a sports fan to realize that having four major sports teams (Detroit Lions, Detroit Tigers, Detroit RedWings, and Detroit Pistons) in Detroit is a real game changer. After all, sports teams have loyal fans. Fans go to games. Fans follow teams where they play. Fans buy tickets, souvenirs, food and drink. Vendors in Detroit have to meet that need. They need employees to do that. Sports teams translate to more jobs for your tenants. Goal!

A recent ranking by Forbes shows that Detroit is ranked at number three for cities where a $100,000 salary goes the furthest. That indicates affordability as well as sustainability. You want your residents to be able to enjoy a comfortable lifestyle without having to ascend to the financial heights of Mark Zuckerberg and Jeff Bezos!

Honestly, this list could go on and on. Detroit has all the signs of a fantastic turnkey rental city, which is why we at MartelTurnkey have taken a proactive approach and started investing in Detroit turnkey rentals. We’ll have more in the future for you to consider, but in the meantime, you can sign up for our VIP mailing list to get fast notifications when new turnkey rentals become available.