What is a Row House? 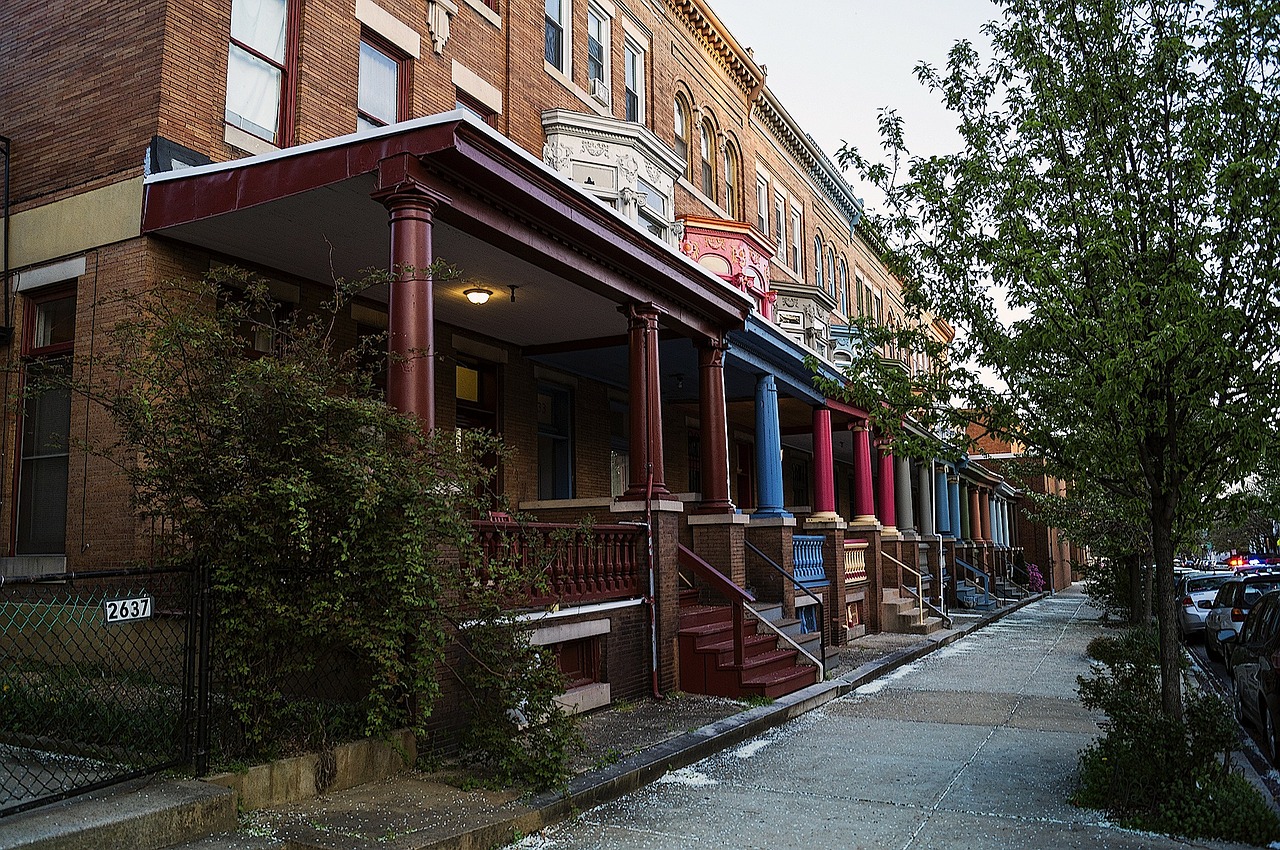 As you read in our previous blog post, we’ve started investing in the beautiful city of Baltimore. We’ve already sold our first supply of Baltimore turnkey rentals, but we have several more that are currently being renovated. They’ll be available to our investors shortly. Like the previous two Baltimore turnkey rentals that we sold, the upcoming rentals are also row houses. Depending on where you live, you may not have row houses in your city. But in Baltimore, row houses have a distinguished history of charm and elegance. Here’s more information about what row houses are and why they’re so desirable.

What is a Row House?

A row house is defined as a residential dwelling that shares at least one wall with an adjacent dwelling, shares a roof line, and is similar or identical in exterior appearance and interior layout to its neighbors. A row house is sometimes called a brownstone, in which case a brownstone façade has been added to the front exterior of the row house. You may also have heard the term “terraced” houses, which is another way to describe a row house. Townhomes are very similar to row houses, but may only consist of two dwellings, whereas a row house is generally part of a row of multiple residences.

If you’re trying to picture a row house, there are some great cinematic examples. In “You’ve Got Mail,” Meg Ryan’s character, Kathleen Kelly lives in a row house. In “Something Borrowed,” Ginnifer Goodwin, Kate Hudson’s foil, resides in a row house. Opening scenes of older TV shows like “All in the Family” and “Full House” featured images of quintessential row houses. You can also review the two Baltimore turnkey rentals we just sold to see what row houses look like in real life. Once you visualize what row houses look like, you’ll start noticing them everywhere, particularly in large cities on the Eastern seaboard, like Baltimore.

Why Are Row Houses Considered Desirable?

Everyone appreciates the value of row houses. Investors love them because they are historical, highly rentable and can offer excellent ROI. The layout of row houses lends them to larger square footage, since the living areas will be two, three or even five stories high. In fact, if you look at the square footage of the Baltimore turnkey rental on 32nd Street that we just sold, you’ll see that the square feet is 1,428, and it comes with 3 bedrooms and 1.5 bathrooms. The lucky investor who scooped this up can get $1,500 in rent, and a 15% ROI.

Renters love row houses because they are historical and typically have very charming features like wide front porches, nooks and crannies, arched doorways and things that make a house feel more like a home. Row houses also promote a sense of community, since front porches and common areas are in close proximity, and they provide a greater amount of living space for families than an apartment or a detached single-family home.

History of Row Houses in Baltimore

The first row houses in Baltimore were constructed in the late 1700s. Baltimore’s architects drew inspiration from England, where rowhouses often surrounded neighborhood parks and provided housing for the middle class. As the population of Baltimore grew, more row houses were erected that families of every income level could afford. The 1850s saw a boom in the rail industry in Baltimore, and thousands of Italian immigrants needed housing, so the three-story “Italianate” row houses were built. These featured ornamental elements that were easily mass- produced, in keeping with row house “identical” stylings.

When motor cars became a frequent sight, more row houses began cropping up along street car lines, farther from the city center. The economy was flourishing and the new row houses reflected a more unique and colorful look than their utilitarian predecessors. As timed moved on, row houses became the default residential construction method and they can be found throughout Baltimore, marking each era of growth.

Like most cities, Baltimore is comprised of neighborhoods, each one with unique architecture that is indicative of a particular time in history. For our purposes, we have identified areas of Baltimore that offer the most value for our investors, both now and in the future. We look forward to offering you more chances to invest in Baltimore! Please be on the lookout as we bring you more Baltimore turnkey rental investment opportunities!